If big government is the price of “good outcomes,” the American right is increasingly willing to pay it. 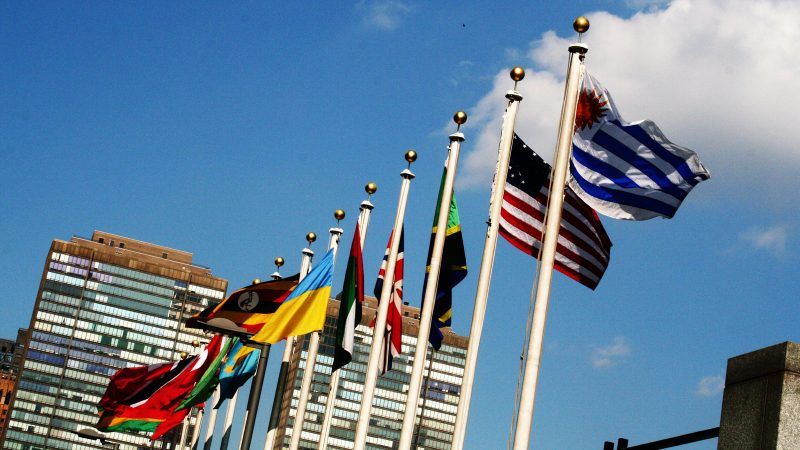 You’re probably old enough to remember a time when conservatives opposed the idea that it was the federal government’s job to solve most problems. A time when they thought that individuals, families, and community groups, not politicians, were responsible for building a good life and a good society. A time when they believed that government power should be devolved whenever possible to the state and local level, away from the bloated behemoth in Washington.

The several hundred attendees of this week’s National Conservatism conference have a different vision for American politics. The event brought together a variety of speakers to discuss and defend, in explicit terms, the need for a new nationalism.

As the Hudson Institute’s Chris DeMuth put it, “our claim is that the government has abdicated basic responsibilities and broken trust with large numbers of our fellow citizens.” It has done this by allowing a globalized economy to emerge and U.S. manufacturing supremacy to be lost; by not “securing our borders” or ensuring that immigrants are sufficiently assimilated into the culture; by either turning a blind eye to or actively encouraging the erosion of traditional Christian values.

“The rising economic tide has swallowed entire regions,” said pro-Israel activist David Brog. The result, according to Hillbilly Elegy author J.D. Vance, has been “family decline, childhood trauma, opioid abuse, community decline, decline of the manufacturing sector and all the sense of dignity and purpose and meaning that comes along with it.” And the answer to these problems, under the new nationalist view, is for conservatives to shed their aversion to big government. “We should care about a whole host of public goods,” Vance concluded, “and actually be willing to use politics and political power to accomplish those goods.”

Practically speaking, the nationalist agenda is largely focused on the need for a federal “industrial policy.” For Breitbart‘s John Carney, that means tariffs, and lots of them. Americans need to be willing to pay higher prices to protect the jobs of their fellow citizens, according to Brog. For American Affairs founder Julius Krein, “protectionism is not sufficient….It’s not radical enough.” The Manhattan Institute’s Oren Cass laid out a plan involving research and development subsidies, infrastructure investments, preferential tax rates for favored firms, punitive taxes on companies that move jobs overseas, “trade enforcement” to make other countries play according to our rules, and more. “We should have a National Institutes of Manufacturing just as we have a National Institutes of Health,” he said.

Yet the true object of the nationalists’ ire is much closer to home: They cannot abide individual Americans making social and economic choices they do not like. For consumers, the question might be whether to buy foreign or domestic. For a business owner, it might be where to open a factory. For a parent, it might be whether or not to attend drag queen story hour at the local library. Regardless, the new nationalists have decided not only that there is a right answer from a moral perspective but that government should force you to choose correctly.

“Today we declare independence,” Hazony said, “from neoliberalism, from libertarianism, from what they call classical liberalism. From the set of ideas that sees the atomic individual, the free and equal individual, as the only thing that matters in politics.”

For Cass, Vance, Hazony, and the others, the situation is binary: We can either accept a moral relativism in which no outcome is better than any other as long as it was freely chosen, or we can acknowledge that our society faces problems and embrace federal efforts to fix them.

That choice is a false one. When it comes to solving problems, there are numberless alternatives to government interference. They begin with individual initiative and personal responsibility, but they need not end there. Once upon a time, conservatives understood as a canard the progressive maxim that “government is simply the name for things we do together.” Private actors do things together every day, via churches, charities, neighborhood groups, businesses, professional associations, and other civil society organizations (to say nothing of family and friends).

This point was drawn out during the conference by the ultraconservative Notre Dame political scientist Patrick Deneen, the only person I heard voice any unease with the national conservative project. In American history, he noted, “the emphasis of [nationalism] was the explicit and desired and in many ways successful aim to weaken the more local, regional, neighborhood, and particular forms of identity within the nation—those identifications that had been the hallmark of the American political/cultural experience.” According to Deneen, nationalism was the progressive idea that we should put “the national need before the sectional or personal advantage” and “that local government should cede its activities to the national government.” In this moment, he said, “it seems natural for conservative to rally around the idea of the nation. But we should always be wary of simply occupying the ground recently vacated by progressives.”

Alas, Deneen went on to support virtually all the same policy prescriptions as everyone else at the conference. Anti-individualism seems to be the unifying theory of the ascendant political right. If government infringements on personal liberty are the price of achieving good outcomes, conservatives are more than happy to pay it.