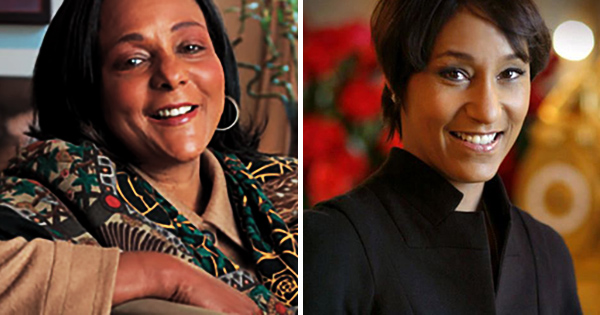 According to published reports, New Orleans native Desirée Glapion Rogers and her business partner, Cheryl Mayberry McKissack will purchase the iconic Fashion Fair beauty line from Johnson Publishing Company; the former publisher of Ebony and Jetmagazines for $1.85 million. On Thursday, November 7, 2019, a bankruptcy judge approved the sale of Fashion Fair to Winnetka, Ill.-based FFair Acquisition LLC, a holding company formed for the acquisition.

Founded in 1973 as the first makeup line created for women of color, Fashion Fair was once considered the largest Black-owned cosmetics company in the world. At its peak in 2003, the brand sold $56 million in total sales.

“Fashion Fair is just too valuable for our community to lose,” Ms. Rogers said in an interview with Aisha Al-Muslim. “We plan to modernize the brand and products, but will remain true to the company’s roots, which was to create prestige products focused on women of color.”

In addition to having served as the White House social secretary under former President Barack Obama, Rogers once served as CEO of Johnson Publishing Company, overseeing publication of Ebony and Jet magazines while McKissack served as chief operating officer and president of digital. Magnetar Capital LLC founder and Chief Executive Alec Litowitz is reportedly also backing the deal in his personal capacity.

This is Rogers and McKissack second foray as cosmetic business owners, earlier this year the two became co-owners of Black Opal LLC, a skin-care and color cosmetics line founded in 1994 for women of color. Black Opal offers everything from concealer to mascara. Ms. Rogers is Black Opal’s CEO and Ms. Mayberry McKissack serves as its president, while Mr. Litowitz is a key investor.

Black Opal products are available mainly at drug and grocery stores, including CVS and Walmart, while Fashion Fair products were sold mainly at high-end department stores such as Macy’s and Dillard’s outlets.

“We want to know which of our products favorites amongst members of our community are and what other products they would like to see from the brand,” said Ms. Mayberry McKissack… “This conversation will be important as we breathe new life into this iconic brand.”

By Taylor Sylvain and Aisha Al-Muslim/BlackNews