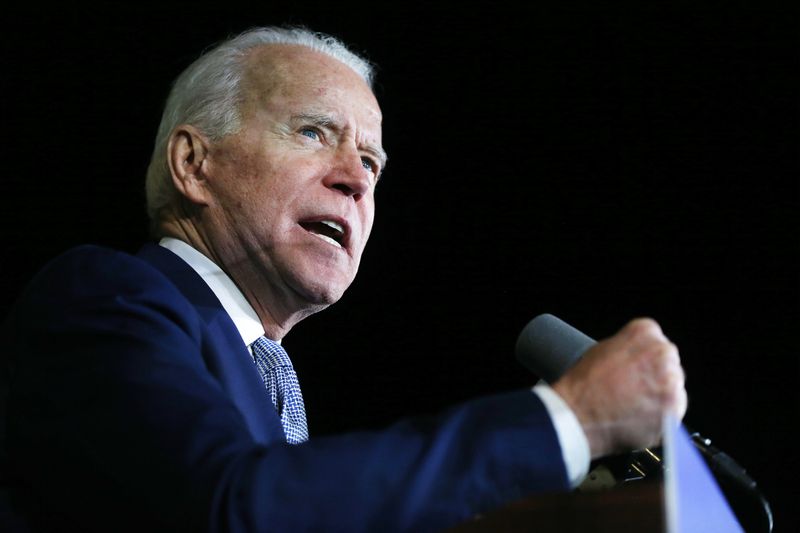 In 2020, many Democratic voters hope to defeat Donald Trump, a serial liar with seemingly no principles. But the man most of them are now trusting to do it — former Vice President Joe Biden, currently holding a slim delegate lead — is little different.

“The one thing I want to be known for in politics…is that I am totally honest — a man of my word,” Biden said upon winning hist first election in 1970. That vow wouldn’t last long.

Late in his 1972 Senate campaign, a former campaign worker alleged Biden had asked for his personal beliefs — that Israel should return land it conquered in the Six-Day War, for instance — to be excluded from a Middle East position paper he was producing, because they would be “political suicide.” He had merely played “Devil’s advocate,” insisted Biden.

The worker further alleged Biden told him whatever pro-Israel position he took then, he would back for the rest of his career. Whatever the case, Biden remained one of Israel’s “close friends” until he left office, taking $410,700 from pro-Israel PACs and donors by 2008.

Described as having “no substantive ideology” by a former state party chair, Biden changed his political stripes by 1978. Having first campaigned as New Deal liberal, he suddenly labeled himself“one of the stingiest Senators,” and called for a “massive tax cut.” “Delighted” to be endorsed that year by Howard Jarvis, father of California’s anti-tax Proposition 13, he later warned a mostly black audience about the dangers of such a measure, claiming he didn’t “have any feeling about [Jarvis’] endorsement.”

After bragging he was “not beholden to any fat cats,” Biden opened his coffers to such donors in 1978. For the rest of his career, as he lurched rightward, Biden easily outraised his opponents. His campaign is currently being bankrolled by health insurance and pharmaceutical executives, among other corporate interests.

For years, and even now, Biden claimed he had been a civil rights activist. In 1987, reporters forced him to admit he had simply been a lifeguard in an all-black swimming pool. But he and his friends up and left a restaurant when his black classmate was ejected, he recounted. Not so, said the man; they finished their meals before realizing what happened. Ditto with his allusions to his supposed antiwar protesting; in fact, said one longtime friend, he had been “for a long time pretty much a supporter.”

After speaking critically of “the political hysteria of the law and order campaigns” of the 1960s, Biden ignored data to stir up the fear needed to push for mass incarceration. When FBI and Justice Department figures showed drops in crime in the early 1990s, he insisted the “victimization of America is greater than the statistics suggest.” No one should believe “the epidemic of crime in America has been broken,” he said.

He was going to retire, Biden said in 1995, but “Newt Gingrich has energized Joe Biden.” Gingrich’s Contract with America benefited only the rich, he charged, and “it’s going to be over my dead political body that they succeed.” He then pushed to enact two central planks of that Contract: the balanced budget constitutional amendment, which narrowly failed despite his vote three years in a row; and welfare reform, which passed.

Biden’s dishonesty has continued this election cycle. He falsely took credit for Elizabeth Warren’s Consumer Financial Protection Bureau. He has serially lied about his Iraq War record. He’s invented a story about being arrested trying to see Nelson Mandela. He’s falsely denied his long record of trying to cut Social Security and Medicare.

In 1990, Biden’s rival, Bernie Sanders, defeated an incumbent Republican in Congress by making his opponent’s flip-flop in favor of banning assault weapons a question of character. Sanders told conservative gun owners he supported the same ban his opponent did: “The best that I can do for you, if I’m elected, is to be honest with you.” It worked.

“If you can’t count on their word, by golly, they’re not even worth the spit,” said one Republican voter who switched to Sanders.

When voters learn his history, what will they say about Joe Biden?