As things change they stay the same-TNC 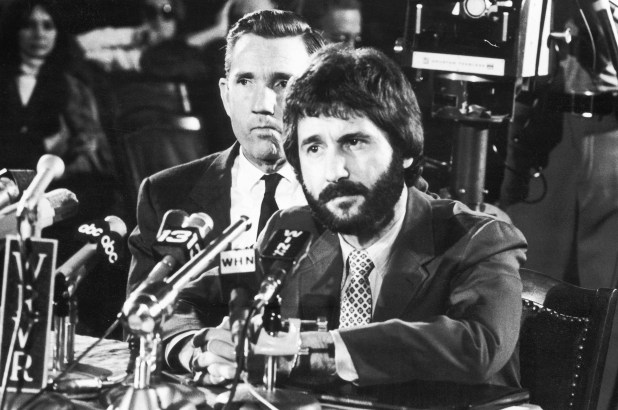 Is it a return to the bad ol’ days — or did they ever really go away?

By all indications, it’s the latter: Something is eroding the system beneath the surface, and it is calling for attention, demanding to be cleaned out. I’m not just talking about the law-enforcement system but the judiciary and society itself, where all the players have come from in the past.

This begs the question: Will police corruption ever go away? In my humble opinion, it is here to stay.

Why? All corruption is nothing more than a business, a good old self-serving business, a money-making business at the expense of the little guy and society at large.

Some major corporations can destroy the environment, be responsible for the deaths of dozens if not hundreds of innocent people, the loss of thousand of homes and livelihoods and broken families and still escape prosecution. Some of these culprits even get rewarded.

Whether we want to face it, police — from New York City to Chicago to Detroit — only deal with the petit thievery in our society.

But when they lie, it eats away at all of our very fabric of decency.

The excuse is often that some police officers are exposed to great temptation to take part in, rather than prosecute, criminal activity.

Meanwhile, the good police officers who attempt to expose corruption often become the victims of those they confide in instead of being rewarded for doing the right thing.

When will that change? Only the man at the top can answer that one.

Not only does corruption not go away, but every time it gets uncovered, it’s a new opportunity for rogues to hone their corrupt money-making strategies.

The business of corruption gets more sophisticated. Just like any drug-resistant bacteria or insect adapts and becomes stronger, especially with today’s electronics, anyone with a cellphone can open an offshore account and put a money-laundering scheme in operation.

The NYPD’s new corruption probe should come as no surprise, nor should the usual lip service given by the man in charge, Police Commissioner Bill Bratton, now on his second watch.

Bad cops should be treated like common criminals: Face jail or possible bail and be put through the system. Then, perhaps some will better reflect on what they have to lose and the disgrace they bring upon their profession and their families.

Yet time and again, police who cross the line get put on leave — essentially paid vacation.

My intentions in my octogenarian lifetime have never been to attack just one rogue cop or department but all of those who stand to benefit from the corruption. In my opinion, they are benefiting from the petty favors they buy without ever getting caught.

As a friend once said to me, “Frank, the big guys will always need the little guys to pull the chestnuts out of the fire to keep from getting their fingers burned.”

I am not excusing anyone’s behavior. Everyone is responsible for their own action.
But more often than not, corruption requires the collaboration of many parties.

There will always be a few cops who will take advantage of their authority and betray the sacred privilege, honor and trust bestowed upon them.

It is up to every individual to be and do the best they can in some small way, with the opportunity apportioned them, to create the kind of society we wish to live in for our selves and our families.