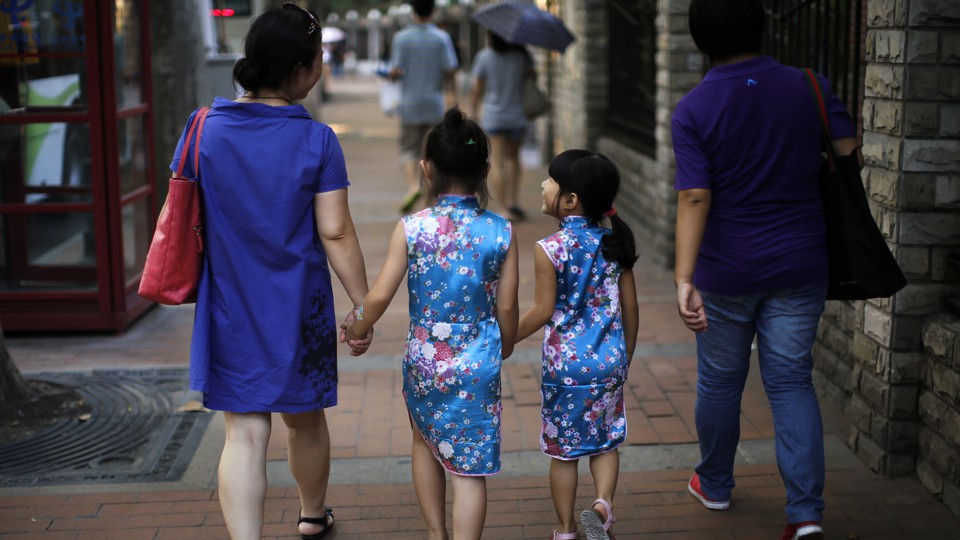 A woman walks with her two daughters at a busy street in downtown Shanghai July 11, 2013.

Meet the Death Metal Cowboys of Botswana. In black leather decorated with metal studs, they play a pounding style of music that people who know more than me trace to the British band “Venom” and its 1981 album Welcome to Hell. Question: Is this cultural appropriation? Why or why not?

The question is inspired by a spasm of social-media cruelty that caught wide attention last week. A young woman in Utah bought a Chinese-style dress to wear to her high school formal. She posted some photographs of herself on her personal Instagram page—and suddenly found herself the target of virulent online abuse.

For once, the story has a happy ending. Good sense and kindness prevailed, and instead of her prom being ruined, the young woman exited the dance buoyed by worldwide support and affirmation, most of all from within China.

Yet the idea persists that there is something wrong and oppressive about people of one background adopting and adapting the artifacts of another. Sadly often, these stories end as successful power plays enforced by local bullies.

At Oberlin in 2015, a Vietnamese American student shamed the dining hall into ceasing to serve its version of Banh Mi sandwiches.

Instead of a crispy baguette with grilled pork, pate, pickled vegetables and fresh herbs, the sandwich used ciabatta bread, pulled pork and coleslaw. “It was ridiculous …. How could they just throw out something completely different and label it as another country’s traditional food?”

The references to “baguette” and “pâté” in a food product of a former French colony might have tipped off the angry Oberlin student that the banh mi is not quite as traditional a Vietnamese food as she imagined. When this exotic remake of a classic pate en baguette was first sold in the streets of Hanoi, the vendors called it “banh tay”: literally “Western-style bread.”