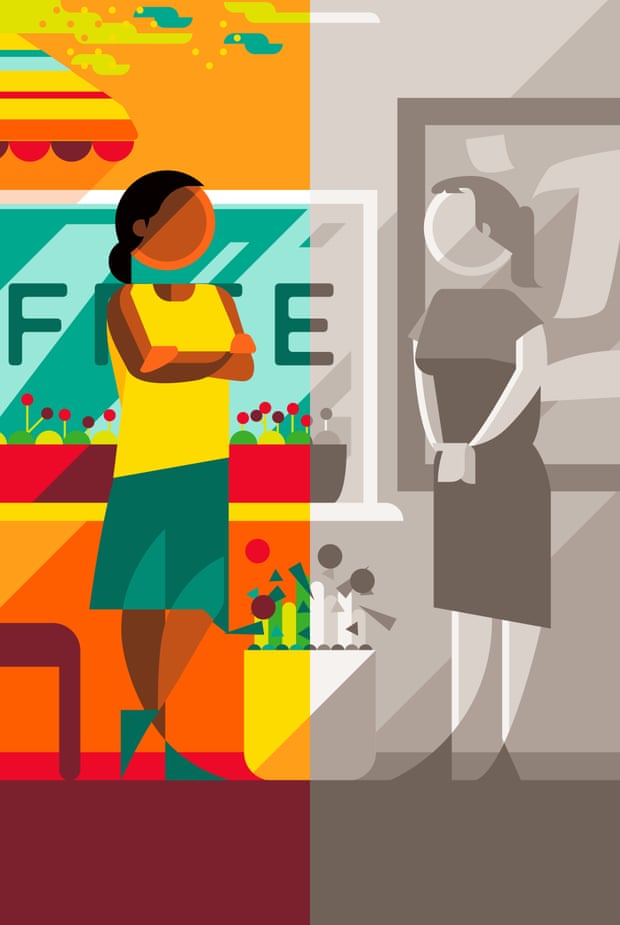 On 22 February 2014, I published a post on my blog. I titled it “Why I’m No Longer Talking to White People about Race”. It read: “I’m no longer engaging with white people on the topic of race. Not all white people, just the vast majority who refuse to accept the existence of structural racism and its symptoms. I can no longer engage with the gulf of an emotional disconnect that white people display when a person of colour articulates their experience. You can see their eyes shut down and harden. It’s like treacle is poured into their ears, blocking up their ear canals. It’s like they can no longer hear us.
“This emotional disconnect is the conclusion of living a life oblivious to the fact that their skin colour is the norm and all others deviate from it.
“At best, white people have been taught not to mention that people of colour are “different” in case it offends us. They truly believe that the experiences of their life as a result of their skin colour can and should be universal. I just can’t engage with the bewilderment and the defensiveness as they try to grapple with the fact that not everyone experiences the world in the way that they do.

“They’ve never had to think about what it means, in power terms, to be white, so any time they’re vaguely reminded of this fact, they interpret it as an affront. Their eyes glaze over in boredom or widen in indignation. Their mouths start twitching as they get defensive. Their throats open up as they try to interrupt, itching to talk over you but not to really listen, because they need to let you know that you’ve got it wrong.
“The journey towards understanding structural racism still requires people of colour to prioritise white feelings. Even if they can hear you, they’re not really listening. It’s like something happens to the words as they leave our mouths and reach their ears. The words hit a barrier of denial and they don’t get any further.

“That’s the emotional disconnect. It’s not really surprising, because they’ve never known what it means to embrace a person of colour as a true equal, with thoughts and feelings that are as valid as their own. Watching [the documentary] The Color of Fear by Lee Mun Wah, I saw people of colour break down in tears as they struggled to convince a defiant white man that his words were enforcing and perpetuating a white racist standard on them. All the while he stared obliviously, completely confused by this pain, at best trivialising it, at worst ridiculing it.
“I’ve written before about this white denial being the ubiquitous politics of race that operates on its inherent invisibility. So I can’t talk to white people about race any more because of the consequent denials, awkward cartwheels and mental acrobatics that they display when this is brought to their attention. Who really wants to be alerted to a structural system that benefits them at the expense of others?
“I can no longer have this conversation, because we’re often coming at it from completely different places. I can’t have a conversation with them about the details of a problem if they don’t even recognise that the problem exists. Worse still is the white person who might be willing to entertain the possibility of said racism, but who thinks we enter this conversation as equals. We don’t.

Lose yourself in a great story: Sign up for the long read email
Read more

“Not to mention that entering into conversation with defiant white people is a frankly dangerous task for me. As the hackles rise and the defiance grows, I have to tread incredibly carefully, because if I express frustration, anger or exasperation at their refusal to understand, they will tap into their presubscribed racist tropes about angry black people who are a threat to them and their safety. It’s very likely that they’ll then paint me as a bully or an abuser. It’s also likely that their white friends will rally round them, rewrite history and make lies the truth. Trying to engage with them and navigate their racism is not worth that.
Advertisement

Sponsored by WGU
Top 5 Nursing Jobs
These nursing jobs pay six figures. What do you need to land one?
“Amid every conversation about Nice White People feeling silenced by conversations about race, there is a sort of ironic and glaring lack of understanding or empathy for those of us who have been visibly marked out as different for our entire lives, and live the consequences. It’s truly a lifetime of self-censorship that people of colour have to live. The options are: speak your truth and face the reprisals, or bite your tongue and get ahead in life. It must be a strange life, always having permission to speak and feeling indignant when you’re finally asked to listen. It stems from white people’s never-questioned entitlement, I suppose.
“I cannot continue to emotionally exhaust myself trying to get this message across, while also toeing a very precarious line that tries not to implicate any one white person in their role of perpetuating structural racism, lest they character-assassinate me.
“So I’m no longer talking to white people about race. I don’t have a huge amount of power to change the way the world works, but I can set boundaries. I can halt the entitlement they feel towards me and I’ll start that by stopping the conversation. The balance is too far swung in their favour. Their intent is often not to listen or learn, but to exert their power, to prove me wrong, to emotionally drain me, and to rebalance the status quo. I’m not talking to white people about race unless I absolutely have to. If there’s something like a media or conference appearance that means that someone might hear what I’m saying and feel less alone, then I’ll participate. But I’m no longer dealing with people who don’t want to hear it, wish to ridicule it and, frankly, don’t deserve it.”
After I pressed publish, the blogpost took on a life of its own. Years later, I still meet new people, in different countries and different situations, who tell me that they have read it. In 2014, as the post was being linked to all over the internet, I braced myself for the usual slew of racist comments. But the response was so markedly different that it surprised me.

Rest of the story by Reni Eddo-Lodge/theguardian