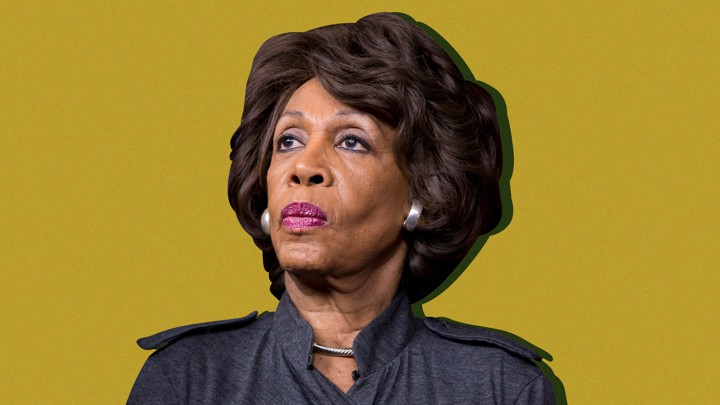 American politics is today a brutal boxing match of harassing confrontations. The disagreements renew two enduring questions: one philosophical, one historical. Is political harassment civil? And do the ugly political confrontations signal a sharp departure, or have they always existed in the United States of America?

Moderates in both major political parties have long argued no on both fronts. Their political brand is unity. They pursue the absence of tension. That has meant avoiding confrontations through building political bridges high above the audible river of children crying in detention facilities, in police cars and cells, in abandoned schools, in abuse-infested homes, in rat-infested apartments, in searches for incarcerated and deported parents, in funeral homes over closed caskets, in plantation shacks after their first whipping, and in slave auctions fearing their new harassers.

These political moderates classify as uncivil those, like Donald Trump, who would toss children into those crying spaces. They classify as uncivil those, like Maxine Waters, who run down into those crying spaces and call for the all-out harassment of the harassers. They look down on both the Trumps and the Waters’ from the heights of their self-styled civility. They look down on those crying children—and their comatose or raging defenders—and counsel patience, preaching a religious belief in the American political process.
They call their efforts to build bridges over the cries of children civil; their patience civil; and their belief in the electoral process civil.
They picture today’s brutal boxing as new, changing history to match their political philosophy. They claim Trump thrust Americans into the ring of ugly confrontation. They pose as the liberators of Americans from incivility, and urge Americans to join them on high, in not stooping down to the level of Trump.

Today moderates are again whiting out this dividing line, and instead drawing a line between uncivil harassers and civil unifiers. They are instructing their Republican and Democratic peers to step out of the ring of confrontation.

To harass, by definition, is “to disturb persistently; torment, as with troubles or cares; bother continually; pester; persecute.” But House Minority Leader Nancy Pelosi could not hang with her Democratic colleague on this. “We must strive to make America beautiful again,” she tweeted Tuesday morning. “Trump’s daily lack of civility has provoked responses that are predictable but unacceptable. As we go forward, we must conduct elections in a way that achieves unity from sea to shining sea.” Senate Minority Leader Chuck Shumer added later in the day, “No one should call for the harassment of political opponents. That’s not right. That’s not American.”

Aside from the hundreds of slave revolts and thousands of runaways—not to mention the series of political confrontations that led to the founding of the United States—one of the first concerted campaigns of political harassment occurred in 1835. The newly founded American Abolitionist Society used new printing and mailing technology to flood southern mailboxes with more than one million newspapers, pamphlets, leaflets, handkerchiefs, emblems, and candy wrappers depicting slavery as evil and slaveholders as demons.

Enslavers framed the postal campaign as an act of war. Torchlight parades stomped through southern streets. Rewards were raised for abolitionist heads. Six years away from being elected U.S. president, Senator John Tyler drew from his pocket the Anti-Slavery Record before a crowd of angry Virginia slaveholders. “You are represented as demons in the shape of men; and by way of contrasts, here stands” abolitionists “patting the greasy little [slaves] on their cheeks.”

Trying to woo southerners back, moderating northerners jumped to defend “our sister states” from those “irresponsible agitators” threatening “the harmony of society.”

Today’s moderates still view confrontations as threats. They write things like, “Let us meet hate with love,” as the ABC News political analyst Matthew Dowd tweeted Monday morning. “Let us meet bullying with an embrace. Let us meet vulgarity with civility. This is how our country and world win.” They imagine, like Dowd, that they are following “the path of Martin Luther King, Mandela, Gandhi.” They imagine, like the CNN political analyst David Gergen, that “the civil-rights movement” was “much more civil in tone.”

Moderates change the path and tone used by King, a strident advocate of politically harassing segregationist establishments, a strident opponent of the moderates who chastised his direct-action confrontations as uncivil. King responded to the moderates in his famed 1963 “Letter from Birmingham Jail.” He distinguished the “Ku Klux Klanner” from the “white moderate” in the same way today we can distinguish the white nationalist Trump from the white moderates chastising direct action against Trump officials.

“I have almost reached the regrettable conclusion,” King wrote, “that the Negro’s great stumbling block in his stride toward freedom is … the white moderate, who is more devoted to ‘order’ than to justice; who prefers a negative peace which is the absence of tension to a positive peace which is the presence of justice; who constantly says: ‘I agree with you in the goal you seek, but I cannot agree with your methods of direct action’; who paternalistically believes he can set the timetable for another man’s freedom; who lives by a mythical concept of time and who constantly advises the Negro to wait for a ‘more convenient season.’”

President Dwight D. Eisenhower summed up the position of the racial moderate in his first State of the Union address on February 2, 1953. He did not view racism as a problem of power and policy, but the problem of individual feelings and hate. “Much of the answer lies in the power of fact, fully publicized; of persuasion, honestly pressed; and of conscience, justly aroused,” he said. “These are methods familiar to our way of life, tested and proven wise.”

Pelosi and Schumer are old-school moderators in the prime of election season. They appear more concerned about alienating racist Americans from the Democratic Party through confronting Trump’s racism than attracting antiracist Americans to the Democratic Party through confronting Trump’s racism. And it is not hard to figure out why. If they do not attract enough white voters to take over Congress in November, then they will not blame white voters. They will blame the Democrats, the uncivil Democrats, the confrontational Democrats.

Politically, moderates are covered no matter what. They remain, in their estimation, the grownups in the room, win or lose. They claim they did not stoop down to the hateful level of destructive confrontation and harassment coming from both sides. They claim a love of America, but they do not show it.

Watching loved ones deteriorate and not confronting the causes immediately and consistently is not love. That is not civility, no matter what the moderators say. That is the quiet destruction of America wrapped tightly in civility.