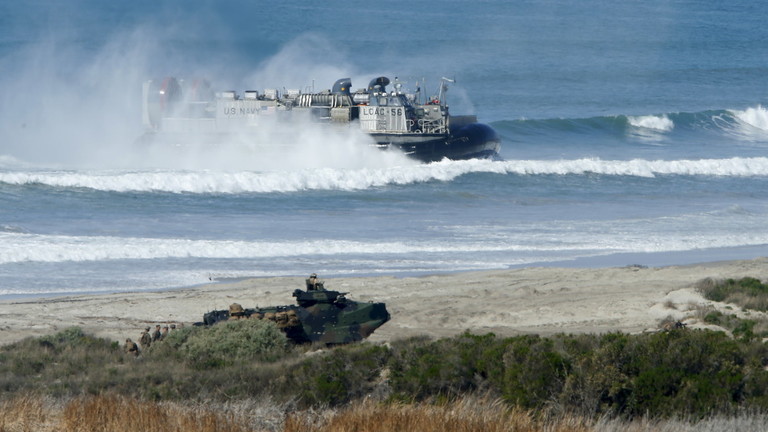 Sen. Lindsey Graham has suggested President Trump “put military force on the table” by invading Venezuela (and possibly Cuba) in order to scare North Korea and Iran into doing what they’re told. What could possibly go wrong?
“Give Cuba an ultimatum – without Cuba, Maduro doesn’t last one day – tell Cuba to get out of Venezuela. Do what Reagan did in Grenada – put military force on the table!” Graham told a Fox News host, going from zero to invasion in ten seconds flat in response to a question about how Trump should handle his foreign conflicts.

“We need points on the board,” the South Carolina senator insisted. “Start with your own backyard… Fix Venezuela and everybody else will know you’re serious.” North Korea and Iran, he implied, would fall right into line after Venezuela was put in its place.
While Graham paid lip service to the president’s non-military accomplishments, reluctantly congratulating him on slowing down North Korea’s nuclear ambitions, his advice didn’t include much by way of diplomacy: “When it comes to Rocketman, letters don’t matter anymore to me, it’s performance.” Graham notably called for Trump to “end the nuclear threat” mere hours after the president’s Hanoi summit with the North Korean leader collapsed.
Graham’s Monroe-doctrine-on-steroids patter isn’t exactly unfamiliar to those who’ve been following his bellicose ravings – the Republican senator dropped a Grenada reference just last month as Venezuelan President Nicolas Maduro prepared to meet his US-backed would-be replacement Juan Guaido in Oslo for negotiations, perhaps seeing his chance for a war in South America slipping away.

It’s easy to see why Graham would take such a fond view of Reagan’s bullheaded 1983 Grenada invasion. While it was universally condemned – the UN deemed it a “flagrant violation of international law” by a vote of 108 to 9, and even UK PM Margaret Thatcher privately disapproved (though she backed her ally in public) – Americans supported the invasion, having been convinced via a well-orchestrated propaganda campaign that a few hundred American medical students on the island were in mortal danger under the island’s new government.
Reagan hoped the neat and tidy four-day invasion would shore up Americans’ faith in their own military, which had been on a steady downhill slide since Vietnam, and Graham appears to believe the US would similarly receive a morale boost from Venezuela, despite the obvious differences in population and military power.