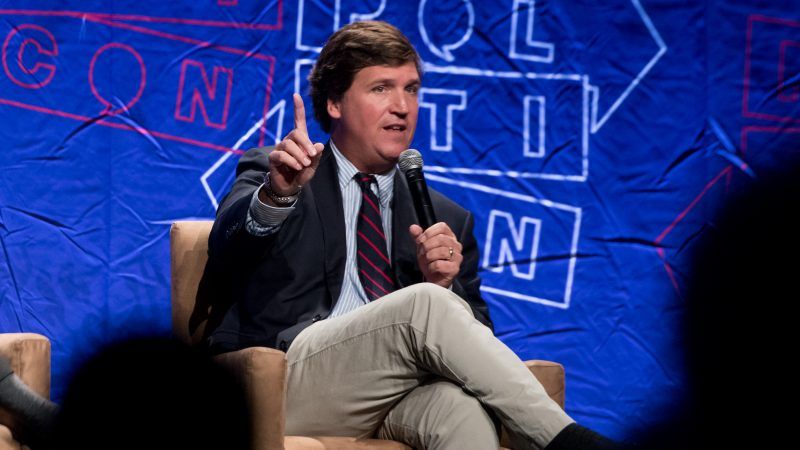 Alongside claims that immigrants are a “cultural” and “demographic” threat to the United States, some prominent members of the new nationalist right argue that increased immigration will hurt working-class Americans in the pocketbook.

“These new arrivals compete primarily with the very Americans most likely to have lost their jobs, and the effect is lower wages,” Tucker Carlson declared during an anti-immigrant monologue on his Fox News show last year. Academics like the controversial University of Pennsylvania law professor Amy Wax have argued that immigration, particularly low-skilled immigration, has undercut working-class American wages.

At first blush, this seems to make intuitive sense. But new a new paper in the Journal of Development Economics helps show why new immigrants do not, in fact, tend to hurt native workers. After reviewing the flow of Syrian refugees into Jordan, researchers found that “Jordanians living in areas with a high concentration of refugees have had no worse labor market outcomes than Jordanians with less exposure to the refugee influx.”

That’s particularly eye-opening given the scale of the migration. Over 1.3 million Syrians moved to Jordan from the beginning of the Syrian civil war in 2011 to 2015. That’s a huge influx into a country of 6.6 million Jordanians.

The study’s result is consistent with the vast majority of economic research about immigration’s impact on wages. The Mariel Boatlift in 1980 is a common case study.

In 1980, amid especially bad domestic economic conditions, Cuban dictator Fidel Castro allowed about 125,000 people to leave the country. They fled to southern Florida, increasing the size of Miami’s labor force by 7 percent in a matter of weeks. Given the sudden nature of this change, and given that most of these migrants were not particularly high-skilled, the Mariel Boatlift a good place to examine how immigration affects wages. And most studies of the boatlift find that the boatlift did not reduce native-born Americans’ pay. A 1990 paper by the Berkeley labor economist David Card, for example, found that the boatlift had “virtually no impact on the wages or employment rates” of lower-skilled Miami workers.

How, you might ask, is that possible? After all, the basic laws of economics suggest that an increase in the supply of labor should lower the price of labor. But increased immigration doesn’t just increase the supply of labor—it also expands the demand for labor. Immigrants aren’t just workers. They also help start businesses, and they purchase goods and services from existing businesses.

Indeed, immigrants play a substantial role in American entrepreneurship. Immigrants make up 15 percent of the U.S. population but start around 25 percent of new businesses. And while high-skilled immigrants disproportionately found the largest American companies, less-skilled newcomers are also disproportionately responsible for low-income entrepreneurship.

So that’s why native wages didn’t drop. If you look at immigrants as contributing only to labor supply and not labor demand, you are committing what economists call the lump of labor fallacy. Given how entrepreneurial immigrants tend to be, letting more foreigners into United States might actually be a partial solution to slow wage growth, not its cause.