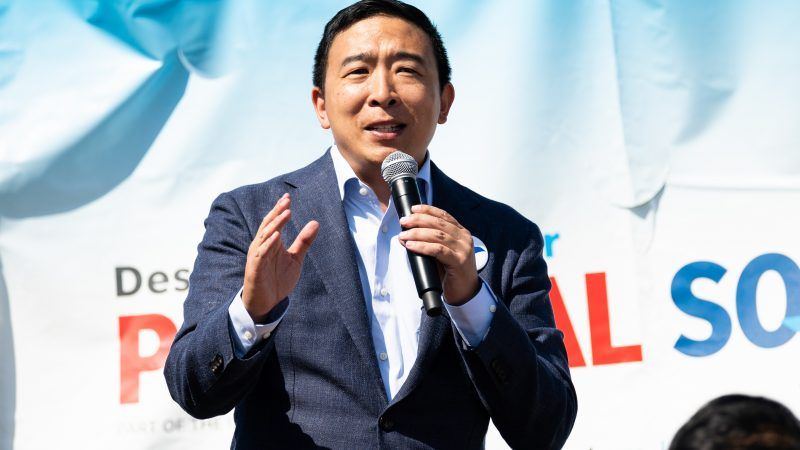 The long shot presidential candidate wants booming cities to get rid of their restrictions on new development.

Over the weekend, entrepreneur and presidential long shot Yang rolled out a policy brief on zoning that calls for loosening restrictions on the construction of more homes in the country’s most productive cities.

“Housing is eating up more and more Americans’ budgets and making it impossible to get ahead,” said Yang. “If we relaxed zoning laws in certain areas it would enhance productivity and allow us to create many more affordable housing options.

Yang goes further by pointing the finger at existing homeowners for supporting the kinds of development restrictions that make housing so unaffordable for would-be homeowners.

“Those who already own homes have made it significantly harder for those who don’t to recognize that dream. Through NIMBY (not in my backyard) and zoning laws, the ability of new housing to be built in certain areas has been impeded to the point where the vast majority of Americans can’t afford to live in the largest cities,” reads his campaign website.

That is all pretty encouraging stuff to hear from a presidential candidate. It’s part of a growing consensus among politicians at the federal level that state and local restrictions on development are driving up the costs of housing for everyone.

Indeed, Yang’s criticism of zoning is pretty close to what other Democratic primary candidates have said on the subject.

Yang’s plan differs from his primary opponents by offering almost no details on how he’d actually get rid of these rules. His website includes only a brief mention that he would “work with localities to relax zoning ordinances” and encourage new types of housing like micro-apartments and communal living arrangements.

This is both a virtue and a flaw. Other Democratic candidates all have pretty detailed housing policy fixes—they’re just not very good.

Booker would tie the spending of federal housing and transportation dollars to cities and states reforming their zoning codes. Castro and Klobuchar have said they’d do something similar.

Warren, by contrast, has offered a solution that’s all carrot, no stick. The Massachusetts senator has proposed creating a new grant program that will reward localities that get rid of restrictions on new housing development. Cities could then spend these grants on whatever they wanted.

The trouble with tying federal housing grants to local zoning reform is that the most tightly-regulated communities generally get little of this money to begin with. Threatening to withhold this funding is therefore not much of an incentive.

Booker’s plan, by targeting transportation funding as well, would probably be more successful. However, there’s always the risk that additional federal strings will be used to encourage less-than-optimal policies.

Legislation introduced by Booker earlier this year would tie awarding Community Development Block Grants to cities adopting a whole menu of policies. Some of these, like getting rid of parking minimums or eliminating height requirements, are sensible. Others, like taxing vacant land or banning landlords from asking about a tenant’s criminal history, are not.

Down the road, one can imagine a more activist administration tying these incentives to local communities adopting rent control or forcing developers to add solar panels to new buildings.

Yang, by drawing attention to the cost-increasing effects of zoning, shows he understands the problem. By not proposing any interventionist fixes, he’s guaranteeing he won’t make the problem worse.