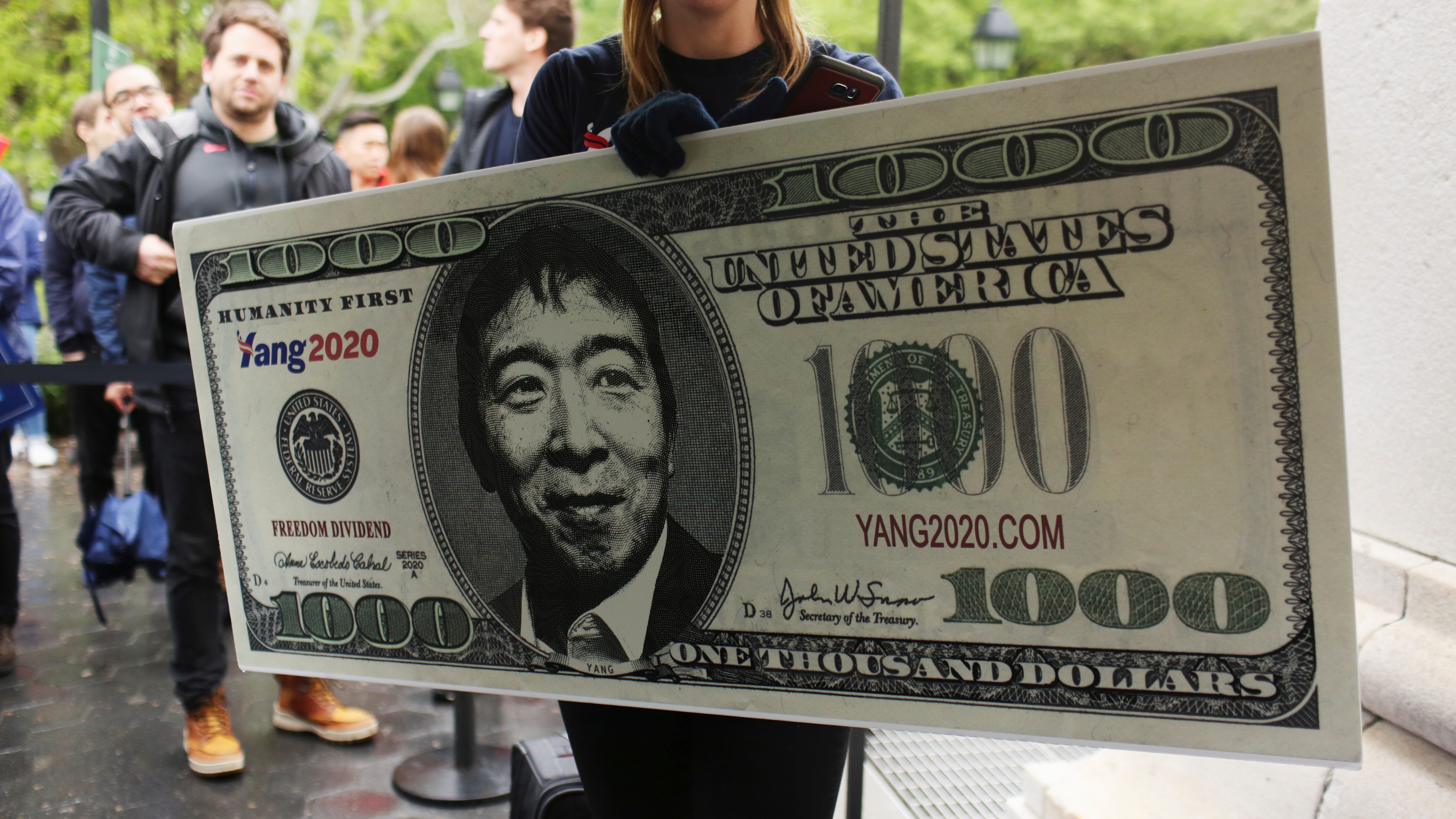 The opportunity to fail is a privilege afforded to a narrow subset of Americans. Risk and reward are two sides of the same coin, and it typically requires some sort of privilege to take risks in the first place.

This is readily apparent in the venture capital ecosystem: VCs make lots of bets with the hopes of landing at least a few runaway successes to cover their losses and provide more capital for more investments.

The still relatively young VC industry has birthed some of the greatest innovations of our time, including iconic companies like Apple, Tesla, and Google. We admire these companies and their founders because they remind us of what we are capable of, individually and collectively.

Less discussed are the high barriers to play the game and take the risks necessary to cultivate world-changing ideas. Many Americans are worried about putting food on the table. Their lives are dominated by a scarcity mindset. To enjoy the free time, financial and psychological safety net, as well as the invisible capital required to build the next Facebook—that is a luxury indeed.

Mark Zuckerberg discussed this at his 2017 Harvard commencement speech, where he made a case for a universal basic income (UBI). “If I had to support my family growing up instead of having time to code, if I didn’t know I’d be fine if Facebook didn’t work out, I wouldn’t be standing here today. … The greatest successes come from having the freedom to fail.”

There’s a reason that the saying “It takes money to make money” persists. It takes some level of abundance (both of spirit and capital) to create abundance.

This universal truth is at the core of presidential candidate Andrew Yang’s message. Yang is campaigning on a platform of UBI, which would give every American $1,000/month, no strings attached.

With a UBI—which Yang calls a “freedom dividend”—no American would need to fear they couldn’t cover their basic human needs. The presidential candidate says this is because when we operate from fear, we tend to make poor decisions and there is typically a cascading effect on our lives that impacts our families, networks, and society at large.

A UBI would free Americans to shift from scarcity to abundance mode, which would enable more people to take risks and engage in a greater, more expansive vision for their future. Yang’s freedom dividend would give Americans greater agency to leave codependent relationships, professional or otherwise, and operate as the CEO or entrepreneur of their own lives.

It’s a compelling idea, though not a new one; Martin Luther King, Jr. was a proponent of a guaranteed income in the 1960s. But it is building momentum again as we’re entering the fourth industrial revolution.

America is built on entrepreneurialism and the promise that the very best ideas will rise to the top—it’s the essence of free markets and the American dream. Yet entrepreneurship is near a 40-year low in America. We are increasingly choosing security over risk and greater aliveness, because the risks are too great. It is difficult to access the critical resources and networks required to scale a business without first winning the birth lottery, and cultivating the social tools and high emotional intelligence required to succeed.

While $12,000 may not seem like much, its psychological impact should not be underestimated—just ask any entrepreneur who has attempted to bootstrap a company.

UBI researcher Scott Santens unpacks the relationship between risk and entrepreneurship in his insightful 2016 essay, “Universal basic income will accelerate innovation by reducing our fear of failure.” In the article, Santens likened the process of technological innovation to evolution and natural selection:

“So the question becomes, how do we reduce the risks of failure so that more people take more risks? Better yet, how do we increase the rate of failure? It may sound counter-intuitive, but failure is not something to avoid. It’s only through failure that we learn what doesn’t work and what might work instead.”

Santens highlights innovators like Elon Musk as the exception, not the rule. With a basic safety net, more of us would be willing to take risks, he wrote.

“What if the people most likely to massively change the world for the better, the Einsteins so to speak—the Black Swans, are oftentimes those least likely to be seen as deserving social investment? In that case, the smart approach would be to cast an extremely large net of social investment, in full recognition that even at such great cost, the ROI from the innovation of the Black Swans would far surpass the cost.”

Through that lens, UBI can be viewed as venture capital for the people. And we would all benefit. More bets would mean more ideas sourced from the broader population, and more shared rewards and innovation. Santens cites UBI experiments around the world that have seen entrepreneurship and wellbeing rise as a result in Finland, Namibia, and India.

It’s important to note that these experiments are all isolated tests, and don’t benefit from network effects. UBI would give communities more collective purchasing power so that we could vote for new products and technologies with our dollars. This would also democratize and decentralize the market.

A report from the Roosevelt Institute predicts a UBI would create a few million new jobs. While $12,000 may not seem like much, its psychological impact should not be underestimated—just ask any entrepreneur who has attempted to bootstrap a company.

Most of us don’t get it right on the first try, whether it be in our career, in love, or pretty much anything that matters. Our professional and personal successes are the byproduct of a series of failures and the grace of those who had faith in our trajectory of growth and evolution, despite our shortcomings. One of my mentors, Sequoia partner Alfred Lin, once told me the defining trait of successful entrepreneurs is a commitment to process. In other words, “The person who iterates the fastest wins.” It takes time and capital to iterate and create value for the world. The rewards of doing so are vast, whether or not they result in material gains.

Entrepreneurship is a Zen-like path, where you’re forced to face down all of your demons and develop a steel-like inner compass. Former VC and executive coach Jerry Colonna captures the entrepreneurial journey well in his popular podcast and new book, Reboot.

Failure begets soul searching, and soul searching begets growth and transformation. It’s a painful yet beautiful process, and one of life’s greatest gifts. It’s also a guiding reason Yang created Venture for America (VFA), an entrepreneurial fellowship program for college graduates, after selling an education company. In his book The War on Normal People, he explains the origins of his nonprofit, which he launched in 2011: “The new path would be to build businesses in diverse places around the country. I thought that would be productive and character building.”

The organization has since created more than 3,500 jobs in depressed cities like Detroit, New Orleans, and Baltimore. Instead of going to Wall Street banks and consultancies like many of their peers, VFA graduates have been inspired to become part of the lifeblood of innovation in this country. Many of the VFA fellows went on to support various entrepreneurial endeavors, like my friend Rob Solomon who is now a part of the Ethereum venture studio ConsenSys. This all supports the idea that exposure to the power of entrepreneurship changes you.

In a newsletter to his supporters this spring (subject line: “Trust the Process”), Yang reflected on the inner growth and constant iteration required to become an entrepreneur, and the person he is today:

“I was willing to adopt behaviors that were very uncomfortable for me at the time to reach certain goals. Putting myself out there. Selling an idea for a company. … Over time, those behaviors became, if not second nature, at least things I could do in service of something I felt strongly about. … I adapted.”

Once a “longer-than-long-shot,” Yang, the son of Taiwanese immigrants, recently became the ninth candidate to qualify for the September and October Democratic debates. Over the past 18 months, he has attracted libertarians, former Trump voters, and progressives alike because his platform is universal and inclusive.

He has earned the support of Elon Musk (an outspoken UBI advocate) and other Silicon Valley leaders including Twitter CEO Jack Dorsey and Reddit co-founder Alexis Ohanian of Initialized Capital—all entrepreneurs or VCs who deeply understand the nature of risk and reward, and the way technology is transforming our society. It is difficult to change a system when you have been party to creating the system and maintaining its status quo.

Many of Yang’s supporters have unique appreciation for the way that the very best entrepreneurs tend to be the ones who have operated outside the system and can see the world at an angle.

Our government is among the most broken systems in need of innovation right now. We desperately need these fresh ideas and 21st-Century solutions.

As we move into one of the greatest technological revolutions in history, incentive alignment for all participants is preeminent. A UBI is one tool for incentive alignment and an optimistic bet on what Americans can build together given increased agency and personal sovereignty. Power can be defined as skills + resources / needs + wants. When we decrease our needs, we automatically increase our power. Imagine what that would that look like at scale.