The trade war should be thought of as a massive tax and regulatory scheme. 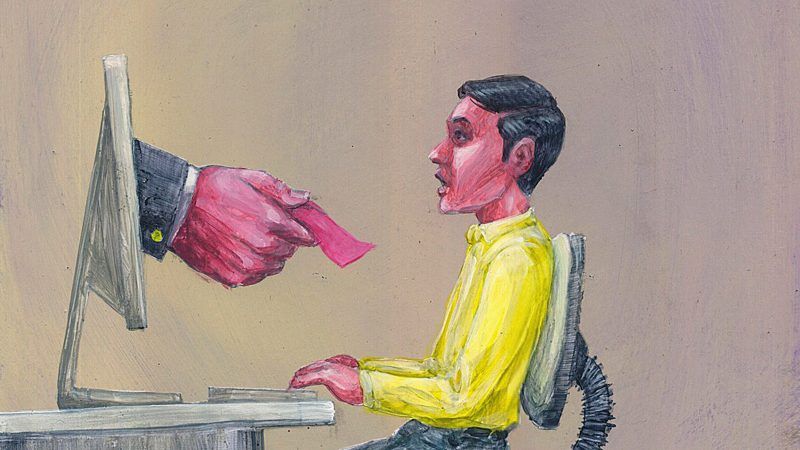 President Donald Trump’s trade war triggered more than 10,000 job losses during the month of August alone, and the costs associated with his tariff increases have sapped roughly 30 percent of the economic benefits gained from his deregulatory actions, according to a pair of new reports.

Taken together, these two data points indicate the extent to which the trade war is affecting the American labor market and hobbling the economy. They demonstrate that the trade war is not only causing tax increases for American consumers and businesses but that those costs are akin to hiking taxes and increasing regulations—things Republican presidential administrations have historically opposed. And the worst is likely yet to come since new 15 percent tariffs on about $112 billion of Chinese-made goods were imposed on September 1, with another set of imports to be subject to tariffs in mid-December.

American companies eliminated 10,488 jobs during August due to “trade difficulties,” according to a monthly report from Challenger, Gray & Christmas Inc., a firm that tracks hiring and labor market data. Overall, employers cut 53,480 jobs in August, according to the report—that’s 39 percent more than the 38,472 jobs cut in August 2018.

“Employers are beginning to feel the effects of the trade war and imposed tariffs by the U.S. and China,” said Andrew Challenger, vice president of Challenger, Gray & Christmas, Inc. “We are continuing to see investor concerns shaking confidence in the market, and employers appear to be cutting workers in response to a slowdown in demand for their products and services.”

Federal job data for August tells a similar story, with hiring slowing despite the fact that the unemployment rate remained steady at 3.7 percent in August. Data released Friday from the Bureau of Labor Statistics (BLS) shows that the U.S. economy added 130,000 jobs last month, which is significantly lower than 190,000 jobs added per month, on average, since the end of the last recession. While the federal data does not indicate why jobs might have been gained or lost, the BLS data suggests impacts from the trade war. Manufacturing jobs were flat during August, while general retail stores lost 15,000 jobs in August—and have dropped by 80,000 during the year.

“The Economy is great,” Trump wrote on Twitter shortly after the monthly BLS report dropped. “The only thing adding to ‘uncertainty’ is the Fake News!”

But it also seems like Trump’s trade war is undermining some of his own legitimately positive economic policies. The tariffs are taxes that impose direct costs on American consumers and businesses, but they also create “unseen” spillover costs—known as “deadweight loss” in economist lingo.

A new analysis by the National Foundation for American Policy, a free market think tank based in Virginia, says Trump’s tariffs have imposed a deadweight loss of $13.6 billion on the American economy. With the new tariffs imposed earlier this month, that total will rise to an estimated $32 billion by the end of the year.

Compare that to the economic gains from the Trump administration’s deregulatory efforts. According to the White House’s Office of Budget and Management, Trump administration policies that reduced regulatory burdens on American businesses—such as the repeal of the Environmental Protection Agency’s “Clean Power Plan” and the elimination of parts of the Affordable Care Act—were responsible for $46 billion in economic gains between January 2017 and June 2019.

In short, the Trump tariffs have already wiped out 30 percent of those gains—and the total is growing.

“These findings show that tariffs are a form of business regulation that can be at least as economically harmful as other forms of regulation, especially for consumers,” says Stuart Anderson, the think tank’s executive director.

Indeed, much has been written about how tariffs are taxes—and, of course, they are. But on a larger level, the trade war should be thought of as a massive tax and regulatory scheme, the kind conservatives would have loudly opposed if implemented by a Democratic president.

Pretty much everything about Trump’s trade war—not just the tariffs, but also the murky process used to determine which companies are exempt from those tariffs, as well as the president’s angry tweets “ordering” American companies to stop doing business in China—elevate the role of government in fundamentally private transactions between individuals and businesses that just so happen to be on different sides of national borders.

Of course, there are negative consequences when the government meddles in the economy—consequences that often include job losses and slower economic growth. That’s something conservatives understand when it’s the Environmental Protection Agency telling businesses how much carbon they are allowed to emit. For some reason, Trump and his supporters don’t seem to draw the same conclusions when it’s the Commerce Department telling businesses where to buy their steel.