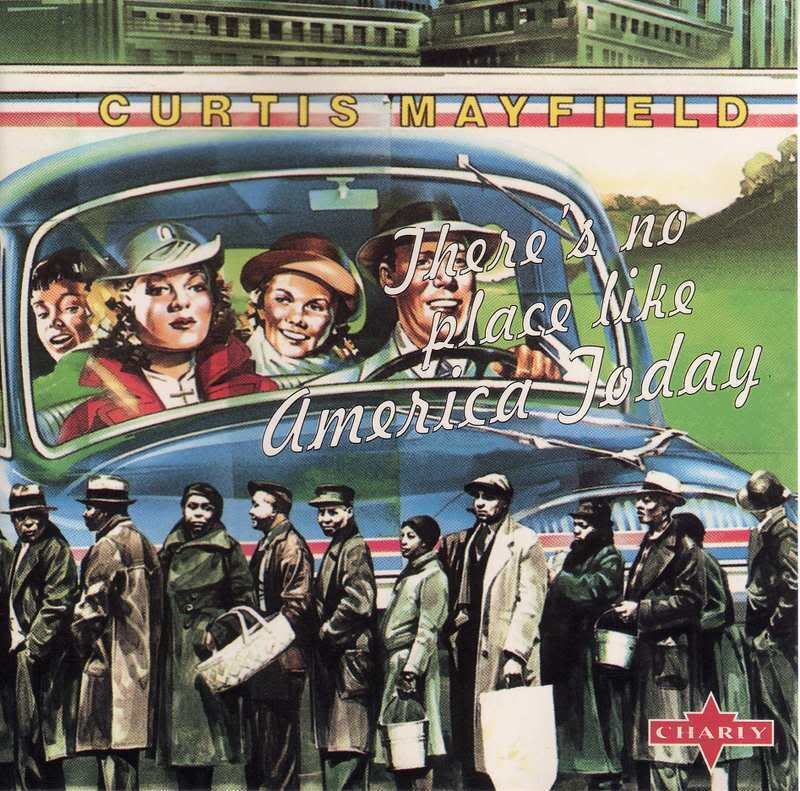 Without self-determination, socialism becomes an economistic demand that fails to account for imperial rule.

“Neoliberalism left workers competing against each other in a great race to the bottom.”

The conditions of decline which characterize the neoliberal stage of capitalist production worldwide have no doubt led to a growth in the scope and influence of fascism in the Western world. In the U.S., fascism manifests as a bipartisan consensus on war and austerity, as well as the rise of politically rightwing tendencies aligned with the head butcher of racist red meat, Donald Trump. The collapse in the legitimacy of the European Union has provided a political vacuum for corporate-friendly fascists to gain power in several European states with the help of U.S. imperialism; Ukraine being the starkest example. Even Bernie Sanders has acknowledged the link between neoliberal decay and the ascendance of fascism. The question, does neoliberalism necessarily lead to fascism or can socialism arise out of the widespread misery of capitalism’s late stages?

This question is an important one since the United States is the beating heart of fascism. The foundations of the settler colonial state are rooted in a genocidal white supremacist system which has rendered workers in the U.S. not only divided along class lines, but racial lines as well. These divisions are ideological and material in character. The primary expectation embedded in the formation of “America” was that Black America must be on the bottom of the economic, political, and social pecking order of society. It was a strategic imperative of the ruling class to develop the most repressive and brutal state apparatus possible to maintain the handsome profits of a capitalist system dependent upon white apartheid rule. Hitler and his Nazi political project found great inspiration  in the U.S.’ ability to smother socialist and egalitarian impulses through racialized violence.

“Can socialism arise out of the widespread misery of capitalism’s late stages?”

Black America has always been the most socialist-leaning section of the population given its relationship to U.S. capitalist production process. The periods of Reconstruction, the Cold War, and the Black liberation movement all saw various iterations of the debate around socialism emerge from the struggle for Black self-determination. Neoliberalism temporarily interrupted the socialist conversation by warehousing millions of Black Americans in the mass incarceration gulag and developing a ferocious austerity regime that broke unions, privatized much of the public sector, and left workers competing against each other in a great race to the bottom.Yet contrary to Francis Fukuyama, socialism is far from dead, even in the United States. Socialism has become an increasingly popular term for a generation of people growing up in a society devoid of economic prospects.

The rising popularity of socialism in the United States cannot be separated from the decay of neoliberal capitalism. The same goes for the growing movement away from U.S. hegemony taking place in the Global South. Each development shows in their own way how neoliberalism doesn’t necessarily need to lead to fascism. The inability to conceive of a life beyond capitalist production has been a fundamental feature of U.S. history due to the enduring influence of liberal political philosophy, which is the negation of socialism. U.S. capitalism is the most unrestrained form of capitalism in the history of the system.In this stage of neoliberal decay, it is far too easy to fall into the liberal trap of believing that the only way forward from neoliberalism is fascist defeatism.

“U.S. capitalism is the most unrestrained form of capitalism in the history of the system.”

In Latin America, many nations have chosen to move toward social democracy and socialism when confronted by neoliberal catastrophe. Venezuela, for example, overthrew the regime of neoliberalism in 1998 with the election of Hugo Chavez. The Bolivarian Revolution in Venezuela has reduced extreme poverty and built millions of homes  and health clinics  for the poor. Argentina, Brazil, Bolivia, Ecuador, Uruguay, Nicaragua, and others would join the Bolivarian process shortly thereafter. International alliances such as ALBA  were forged to secure independence and prosperity for the Latin American region. But the gains of the Bolivarian process have been placed under great danger by an organized, slow-rolling fascist coup sponsored by the United States. Brazil’s plight under the far-right dictates of Jair Bolsonaro and Ecuador’s under neoliberal traitor Lenin Moreno are but a few of a host of examples.

Yet the descent into fascism is no certainty in Latin America or much of the world for that matter. Argentina is set to re-elect a social democratic government and dump its current austerity-driven president, Mauricio Macri . Brazil’s political situation is far from stable and former left-wing president Lula De Silva remains the most popular politician in the country. And Venezuela has not succumbed to the enormous pressures placed on it by coup plotters in Washington. Despite losing thousands of people to early death due to U.S. sanctions, eight million Venezuelans have signed a letter condemning the sanctions  and supporting their sovereign and democratically elected government. In Nicaragua, the popularity of Daniel Ortega and the Sandinistas is rising, especially after the successful defeat of the U.S.-backed coup of 2018.

Looking elsewhere, one only need to look to China for guidance as to how to prevent fascism from rising out of neoliberal capital’s devastation. China’s revolution in 1949 unseated its own right-wing, pro-Western oligarchy and established a planned economy directed by the Communist Party of China. China has grown into the second largest economy in the world and has significantly raised the standard of living for nearly a billion Chinese workers and peasants. China has also adopted a policy of non-interference in the affairs of nations abroad, instead employing a policy of economic cooperation and diplomacy with nations around the world. While not without its contradictions, China has never experienced a recession and its continued growth at an average of over 9 percent since 1989 means that the march of the far right, such as the U.S.-backed unrest in Hong Kong , is unlikely to take hold in mainland China.

The rising popularity of socialism in the United States is not the product of a revolution, like in China. Rather, socialism as a concept is popular again because neoliberal capitalism has spread poverty and debt to more than half of the U.S. population making $30,000 per year or less . The American Dream, always a myth, has been shattered for the young and old alike. Bernie Sanders has occupied the space left by the Occupy Wall Street movement to serve as the symbol of the renewed social democratic sentiments sweeping across large sections of the working class. However, the “left” turn has been completely confined to the Democratic Party. And the Democratic Party is committed to stopping Sanders and his 21stcentury New Deal at all cost.

For socialism to truly win out against the U.S. ruling class’ descent into fascism, it will have to remove itself from the grips of the Democratic Party’s entrenched oligarchy. This cannot occur without a great political awakening of Black America’s socialist politics, which are by far the most feared and targeted by the Democratic machinery. Black America is the point of reference for nearly everything that the Democratic Party does to maintain corporate rule. The anti-Sanders protest campaign being run by over three-fourths of the primary candidates largely speaks to Black America in its goal of diverting the nation away from socialist ideas. This was evident at the DNC’s summer session in San Francisco when Joe Biden’s campaign adviser argued that debating climate change was “dangerous territory”  because it would negate the grievances of Indigenous, Latinx, and Black voters. Symone Sanders is a budding member of the Black misleadership class—the anointed Black political shock troops of the U.S. capitalist class whose careers are enriched by the negation of socialism.

Another Black misleader, Jay-Z, has seen his stock rise in recent weeks after the NFL provided the rapper with a deal to sell social justice merchandise. The NFL needed to hire someone like Jay-Z to temper popular anger over Colin Kaepernick’s continued unemployment for his opposition to racist policing and injustice. Kaepernick has been permanently banned from the NFL by the capitalists presiding over the league. In a recent panel held by the newfound Jay-Z-NFL collaboration, the Brooklyn-born rapper placed the blame for the homicidal predations of the cops at the feet of the Black father and single parent. Jay-Z explained that the absence of Black fathers  fuels a distaste for “authority” in Black youth which inevitably inspires the cops to kill them.

“The American Dream, always a myth, has been shattered for the young and old alike.”

Jay-Z’s claim has been disproven by data showing Black fathers to be more committed to their children than other groups. That Jay-Z didn’t condemn the police for occupying Black communities or the mass Black incarceration state or the commonness of Black death at the hands of the police tells us all that we need to know about the function of the Black misleadership class. The repetition of white racist stereotypes of Black males in America has long justified the terror and deprivation imposed upon the Black working class. These stereotypes and the Black misleaders that parade them represent the negation of socialism. Stereotypes wage an ideological war on the very concept of self-determination, which is a critical component of socialism. Without self-determination, socialism becomes an economistic demand that fails to account for imperial rule and allows the empire to hide its white supremacist roots in new clothes.

All of this is to say that true socialism will not take the form of welfare-state liberalism as it currently is defined by Bernie Sanders and his many supporters. The Sanders phenomenon is an indication that neoliberalism does not necessarily lead to fascism. Neoliberalism has spurred the creation of social democratic tendencies that must be engaged, critiqued, and ultimately broken from. Objective conditions at this moment have not yet allowed the conception of socialism to break decisively from the confines of the Democratic Party. A movement for self-determination must reignite in Black America for this to occur. At this moment, the Global South possesses few allies in the West in its fight against the fascist forces that have emerged from the scourge of neoliberal decay. All eyes are on the ongoing struggle between forces of fascism (whether Democratic Party or Republican in character) and the social democratic forces of the Western world with the hopes that a decisive break from imperialism is on the horizon.