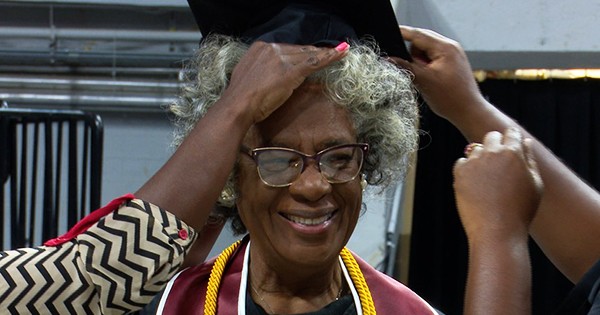 According to Rocket City Now, Washington is the oldest person to ever graduate from Alabama A&M University. She now plans to travel to nursing homes across the country as a motivational speaker, and hopes to inspire other people — young and old — to believe in themselves and their dreams.

Growing up, Washington says she had low self-esteem due to a speech difficulty that made her stutter badly. She was 30-years old when she overcame it after taking four speech classes at the College of the Sequoias.

She eventually learned how to manage her thoughts along with patience and confidence with herself. She took the risk and entered college even at an older age.

Washington is thankful for her late husband who she says was the one who always pushed her to achieve her dreams. After graduating with flying colors, she also plans to continue studying to take up her master’s degree.