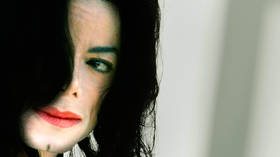 © Photo by Carlo Allegri/Getty Images
Michael Jackson, guilty or innocent?(Arian Foster) A real deep dive, listen and judge for yourself.
A protest at the publishers of Woody Allen’s memoir and the banning of Roman Polanski’s latest film in the UK and USA are applauded, but alleged sexual predator Michael Jackson avoids condemnation: his legacy still makes millions.

Hachette Book Group announced on Friday that it is canceling the publication of Woody Allen’s memoir, ‘Apropos of Nothing,’ following a staff walkout a day earlier.

As the protesters stomped in outrage outside the New York offices of the publisher, there is one question they need to be asked: Where were you when all those Michael Jackson books were being released?

Because, funnily enough, I cannot recall a similar outrage when ‘Moonwalk’ was published, or ‘Michael Jackson: the Magic, the Madness, the Whole Story,’ or ‘Making Michael: Inside the Career of Michael Jackson,’ or even last year’s ‘Humanitarian: The Real Michael Jackson’ or the myriad other titles looking at the life of The Man Behind The Mask (incidentally, the title of yet another Jackson biography).

And you have to ask why it is that we can still sing along as we blast out ‘Bad’ or ‘Smooth Criminal’ or the pop classic ‘ABC’ without fear of upsetting the liberals who live next door when the singer spent the final years of his life reportedly paying out millions of dollars in legal settlements to stop the claims of the young boys he was accused of abusing from ever going to court.

Most agree these were not the actions of someone with nothing to hide. ‘Leaving Neverland,’ the four-hour documentary which alleged that Jacko was a paedophile who masqueraded as a trusted friend, was a damning piece of work that won wide acclaim from a global audience.

Still, strangely, no one is calling for book burning, music erasing or the boycotting of his siblings performing on tour as The Jacksons, where they sing the songs made famous by their dead brother.

But if you want to read Woody Allen’s memoir then those protesting will deny your right to do just that because Allen is a convi… er, wait a minute. He’s not been convicted of anything. While he certainly has some explaining to do, the critically acclaimed director has never faced a criminal court over allegations of the sexual abuse of his stepdaughter Dylan.

So what validates the protest outside his book publisher’s office? A certainty in the woke, liberal circles that Allen is guilty and got away with it. With what? We will never know unless his stepson, Ronan Farrow, chooses to write a tell-all exposé along the same lines as his work that exposed the disgraceful Harvey Weinstein and others.

Oh, wait, that might not happen, because Farrow’s publisher is Hachette and now that he’s learnt he shares them with his loathed stepfather, he’s ditched that particular book giant.

The same approach is being used to stop anyone in the English-speaking world from seeing Roman Polanski’s new award-winning film, ‘An Officer and a Spy’, based on a Robert Harris novel. Is it shocking? Is it deviant? Is it perverse?

No. But Polanski fled a court trial in the USA back in 1977 after confessing to unlawful sexual intercourse with a minor and has since failed to return to face the music, for fear of being sent to prison and then deported.

Sure, Polanski has confessed his guilt, in a plea-bargain, and his cowardice has certainly harmed his career ever since.

Amazingly, the young girl he assaulted, now a middle-aged married woman, has said that Polanski “made a terrible mistake but he’s paid for it.”

So the victim has moved on but the woke army feel that more than 40 years after the event they should continue to take offense on her behalf and admonish anyone outside of Europe who wants to see Polanski’s new work.

Sure, Polanski is maybe a bad man, and maybe Woody Allen is too. But there have been plenty of bad men in history who have produced unquestionably great art.

Charles Dickens dumped his wife, the mother of his 10 children, to take up with a young actress. William Golding admitted he tried to rape a 15-year-old girl. Norman Mailer stabbed his wife, almost killing her. Paul Gauguin had sexual relationships with under-age girls in Tahiti and gave many syphilis before complications from the STD eventually killed him.

As far as the woke army is concerned, it’s okay to have bookshelves jammed with Dickens, Golding and Mailer, or post-impressionist prints from Gauguin hanging on your living room wall. They get a free pass from the woke army, just like Michael Jackson.

If there is really going to be an angry protest about Allen’s memoir or Polanski’s latest flick then please let’s see some consistency in our treatment of all these idols with feet of clay, be they alive or not.

Otherwise, put a sock in it and let us read and watch whatever we like.