photo by Parmy Olson/Silas Adekunle is the co-founder and CEO of Reach Robotics.

Behind the bar of San Francisco’s Four Seasons Hotel last March, a set of doors led into an empty cafe room where an unknown, 25-year-old British-Nigerian entrepreneur named Silas Adekunle was about to meet a senior executive at Apple.

If he was nervous, Adekunle didn’t show it.

He smiled and opened up a large suitcase. It was filled with colorful robots that looked at first like toys. When he took one out and set it on the floor, it came alive.

Called a Mekamon, it raced, spider-like across a mat on four pointed legs, trotting daintily before bowing, and performing a dramatic death shudder. Adekunle took out his phone and pointed it at the Mekamon, and now on his screen it was surrounded by glowing lights, facing an animated opponent that it could shoot lasers at.

Apple’s head of developer relations, Ron Okamoto, carefully surveyed the other robots, then peppered Adekunle with questions about motors and articulations. “It’s got character,” he noted.

Their expected 15-minute chat went on for more than an hour. At the end, Okamoto said the words every young entrepreneur with a team of just nine staff dreams of hearing: “You need to come spend some time with us in Cupertino.”

A year on and Adekunle, who at 26 is part of Forbes’ latest 30 Under 30 list for European Technology launched this week, is on course to sell plenty of Mekamon robots thanks to an exclusive distribution deal he signed in November 2017 after “spending some time in Cupertino” and meeting Apple’s retail executives.

Impressed by the quality of his robots and their ability to show emotion with subtly-calibrated movements, Apple priced his four-legged “battle-bots” at $300 and has put them in nearly all of its stores in the United States and Britain. Early customers skew towards male techies but a growing number of parents are buying the robots for their children to get them interested in STEM, Adekunle says.

What he hadn’t known during that first meeting at the Four Seasons: Apple was about to launch ARKit, its very first platform for augmented reality. AR is the cutting-edge technology that mixes digital animations with the real world, on smartphones screens, popularized by Pokemon Go and expected to go further with the face and object tracking technology in Apple’s latest iPhone X. With no track record, Adekunle and his team of nine were suddenly working with the world’s biggest brand.

Robots might already be changing the nature of warehouse management for retailers and other industries, but they’re gradually making their way into our homes too, helped along by people’s increasing ease with artificial entities like Amazon’s Alexa. Adekunle hopes his anthropomorphised robot-spiders will be as popular, say, as iRobot’s Roomba vacuum cleaner.

Trends point that way. Analysts at IDC predict that in three years, the market for consumer robots will have doubled. Next generation AI robots will be focused less on physical tasks, and more on teaching and interacting with family members, says Jing Bing Zhang, the research director of IDC Worldwide Robotics. 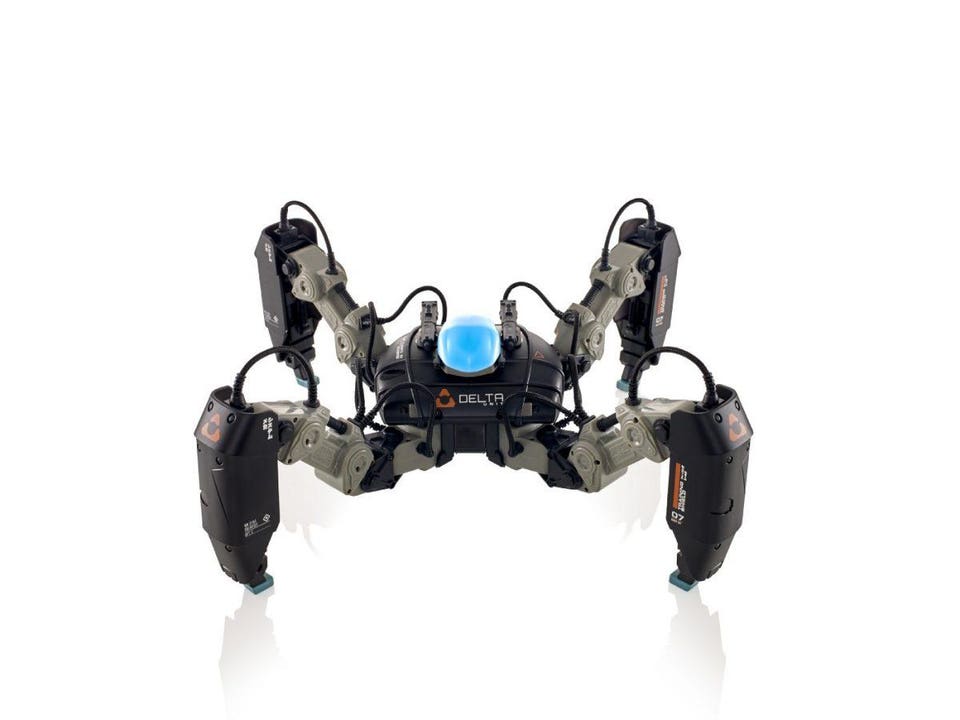 On a more recent Monday morning in January 2018, Adekunle is standing in the corridor of Reach Robotics in Bristol, UK, and staring at a hunk of wires and melted plastic. It’s the first prototype he made in his college dorm room, and is on display as a reminder of how far his startup has come.

“Some of my fingerprints are still on there” he says. “It’s ugly as hell.”

The Mekamon today looks a lot more cutting edge, something like a cross between a crab and a spider, but unlike either of those animals, it has no features resembling a pair of eyes or mouth.

There’s a reason for that.

“When I went into robotics I really loved motion,” says Adekunle. “People are used to clunky robots, and when you make it appear to be realistic, people either love it or they’re freaked out.” 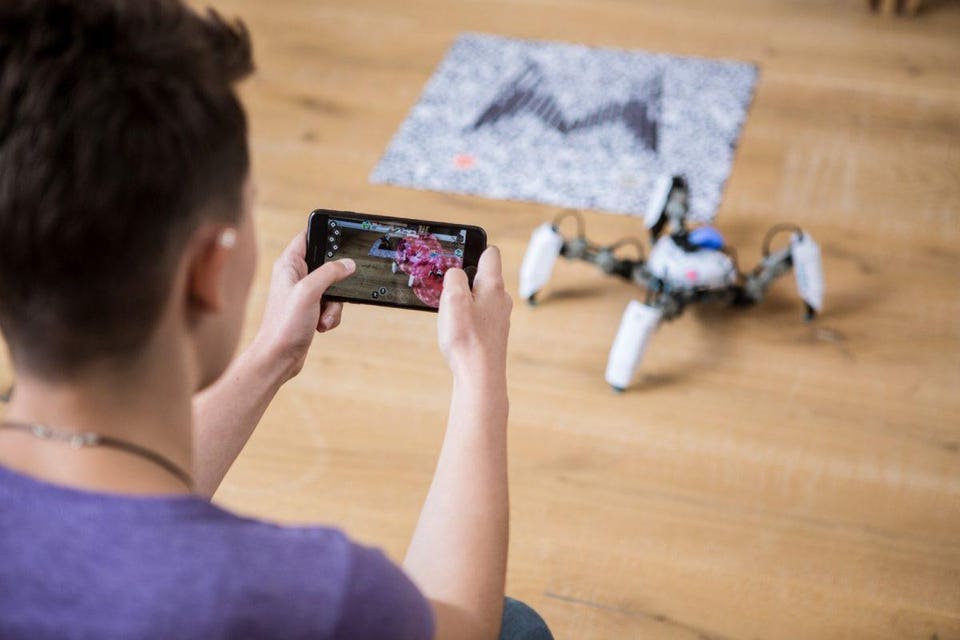 Playing an augmented reality game with the MekaMon Mekacademy unit.

Adekunle decided that his robots could use motion to get an emotional reaction from humans. “I love motion,” he says. Back when he was first tinkering on a robotic prototype while he was at the University of West England, around 2012, several robotic pets like the Sony Aibo robot dog were already hitting the market. The trouble was that most of these personified gadgets cost a fortune. Sony’s latest version of the Aibo costs $1,700 plus a subscription fee.