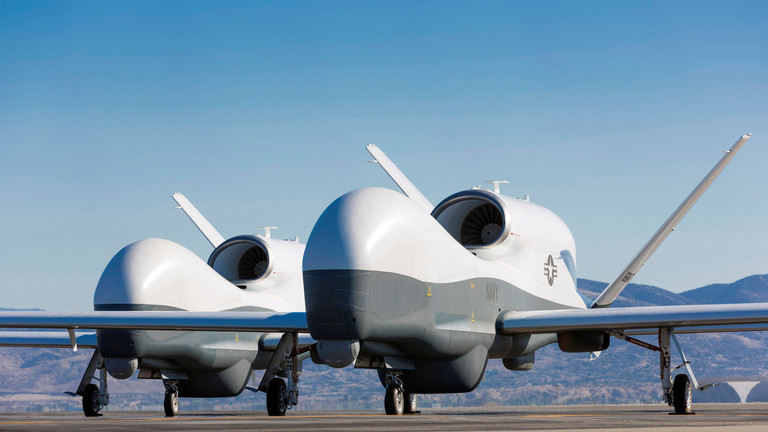 The head of Iran’s elite Revolutionary Guards says the downing of a US drone over its territory was a “clear message” to Washington, proving Tehran will react strongly to any military aggression.

Just hours earlier, Iran claimed to have shot down a US RQ-4 spy drone over Hormozgan Province. This “was a clear message to America,” the Islamic Revolutionary Guard Corps (IRGC) commander-in-chief, Hossein Salami, told local media.

He added that any intrusion across the country’s borders would be seen as a “red line” and would be met with strong resistance.

Iran is not seeking war with any country, but we are fully prepared to defend Iran.

Tehran said later that the drone had taken off from a US airbase in the region and had its tracking equipment turned off during the flight, contravening aviation laws.

A US Central Command (CENTCOM) statement confirmed that a Navy RQ-4 Global Hawk UAV had been indeed shot down by Iranian surface-to-air missiles on Wednesday night. However, it said Tehran’s claim that the drone had invaded Iran’s airspace was “false” and that it was downed over international waters.

Meanwhile, Salami’s comments were reiterated by Iran’s Foreign Ministry which said that any “violations of Iran’s borders” would be responded to.

We warn of the consequences of such illegal and provocative measures.

It is the latest incident adding to heightening tensions between the US and Iran in recent months. Earlier, Washington blamed Iran for attacking two oil tankers in the Gulf of Oman.

However, these claims somehow contradict a statement by the company operating one of the ill-fated tankers. The ‘Kokuka Courageous’ owner – one of the vessels hit in the assault – said its sailors had seen “flying objects” in the sky before they were attacked.

The incident comes amid a heavy build-up of US military might in the Gulf. On June 17, the Pentagon announced it was sending 1,000 additional troops to the Middle East theater. Washington has also used the so-called threat of Iran to justify sending an aircraft carrier strike group, a Patriot air defense battery and nuclear-capable bomber aircraft to the region.