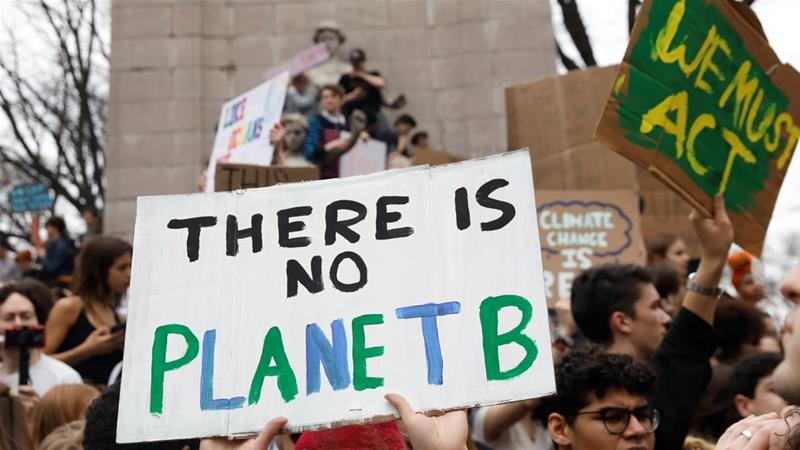 New York’s Senate has passed the state’s own version of the Green New Deal – a climate bill that will set the most aggressive clean energy target in the country, more than triple the state’s solar capacity and unleash wind power off the coast.

The legislation, which was approved 41-21 and is expected to clear the Democratic-led Assembly as soon as Wednesday, would boost the amount of solar power in New York to 6 gigawatts by 2025 from about 1.7 gigawatts currently. It also calls for 9 gigawatts of offshore wind power by 2035. None of the state’s electricity currently comes from offshore wind.

The bill codifies New York’s goal of getting all of its electricity from emission-free sources by 2040, putting the state ahead of all others that have set clean-energy standards – even progressive California, which has targeted 100% clean power by 2045. It also calls for an 85% reduction in economy-wide emissions from 1990 levels by 2050. In promoting the plan during a recent radio program, Governor Andrew Cuomo called it “the most aggressive in the country.”

“It’s definitely the most progressive bill that we’ve seen anywhere,” Miles Farmer, a senior attorney at the Natural Resources Defense Council, said in an interview.

Exactly how New York will pull off such an ambitious plan remains to be seen. Utility executives across the U.S. have warned that a 100% green grid is impossible using current technologies, and the state lawmakers who passed the bill will be long gone from office before the 2045 deadline.

Comparing New York’s plan to those of other states “is beside the point,” said Ethan Zindler, head of Americas research for BloombergNEF. “The question is can it be done and will there be follow-through?”

The measure does give New York’s regulators a blueprint that may lead to stricter pollution limits for power plants and incentives to phase out oil and natural gas from home heating systems. Industry groups including the Business Council of New York State have raised concerns about the potentially higher costs for manufacturing.

New York Senator Robert Ortt, a Republican who opposed the bill, said he was concerned about higher energy prices and job cuts and doubted that the state could meet the goals. “This is a harmful bill passing in the wee hours of the evening,” Ortt said. “It’s going to be bad for the economy.”

The Green New Deal is the name adopted for a climate-change agenda by Democrats, led by Representative Alexandria Ocasio-Cortez of New York and Senator Ed Markey of Massachusetts, to dramatically shift the US away from fossil fuels and other sources of the emissions that cause global warming.

“There was no plan, and so we have to make up for lost time,” Kaminsky said. “I wish we didn’t have to be this aggressive, but we have no choice.”

Among other things, the act as proposed:

Julie Tighe, president of the New York League of Conservation Voters, described the bill as “really big and bold” and establishes to the business community “where the state is going” as they think about investments.